Dr. Shiva Exposes The Censorship Playbook & More In His Breaking Lawsuit Where He Is Representing Himself!

Categories
May 24, 2021 Posted in: Patriots
SPREAD THE WORD

BREAKING! Watch Dr. Shiva Expose The Actual Playbook That Twitter & The Government Use To Censor Speech!

You can see this video on Dr. Shiva’s Youtube channel here. 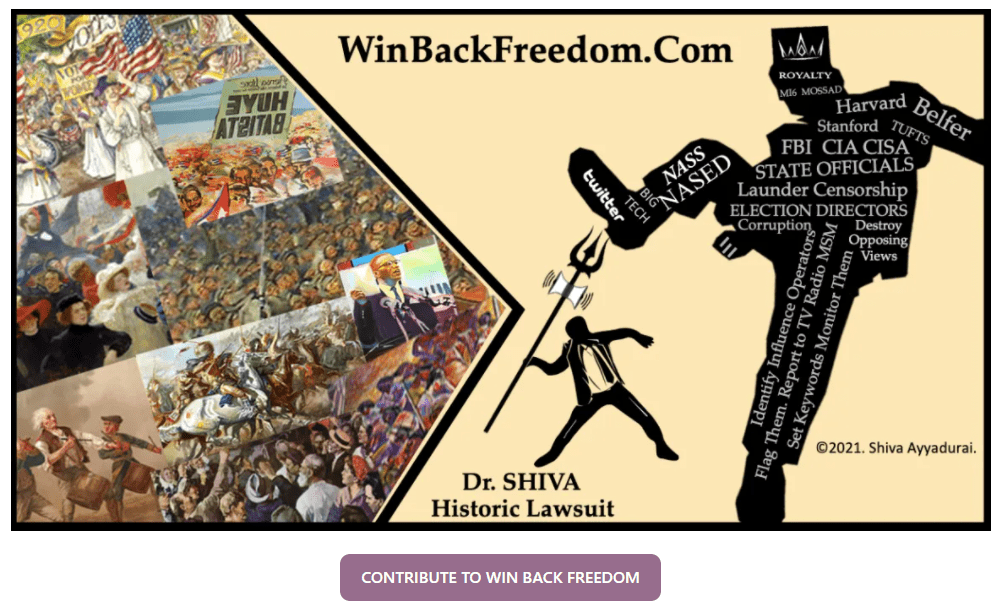 Dr. Shiva is fighting in court against 7 lawyers!

Some of which are Harvard educated lawyers.

And not only that, but the judge ordered Dr. Shiva to include Twitter in his lawsuit.

Dr. Shiva says most hearings go on for about 45 minutes.

His hearing last week went on for two days!

“This lawsuit will more than likely be taught in every law school.”

This is the power of one person with a commitment.

This is what happens when people don’t get brainwashed by the “big names” who you think are fighting for you.

Dr. Shiva is ACTUALLY fighting for you!

And it sounds like this federal judge is a Constitutional Judge.

Dr. Shiva said the judge actually said he would appoint Dr. Shiva a Constitutional Lawyer to help him with his case.

The lawyer he is appointing with Dr. Shiva has been a lawyer in a criminal case.

Dr. Shiva says that’s where this case is going!

Not only that, but Dr. Shiva shows the actual playbook documents that show their Deep State plan for censorship!

You will see those documents here.

Thank you for Being The Media and sharing this post to help us get the word out about this historic case!