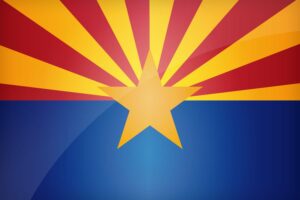 Arizona is at the center of the vote fraud and rampant wave of institutionalized corruption now evolving in America. Meanwhile, the captured soviet-style mainstream media continues to parrot the psychological tactic of passive aggression – wherein they call those asking for an investigation “election deniers” and repeat key phrases such as “debunked claims of vote fraud,” “false charges of vote fraud,” “…those promoting false claims that the 2020 presidential election was rigged.”

Known frauds and liars such as the ADL, SPLC, and CNN are on the front line working the “election denier” response while marginalizing people concerned about Voter and election fraud as just a small group of extremists or Trump supporters.

Assistant Attorney General Jennifer Wright takes up the case of election fraud in Arizona. In a letter, available for download below, to Maricopa County Civil Division Chief Thomas Liddy, son of G. Gordon Liddy, part of the Watergate Hotel Break-in 1972, Wright is  requesting that Maricopa formally respond to and address the following concerns:

Each of these complaints raised is explained in the letter available below. Attorney General Wright concludes this letter with the following statement:

Arizonans deserve a full report and accounting of the myriad problems that occurred in
relation to Maricopa County’s administration of the 2022 General Election. As the canvass is
looming, and these issues relate to Maricopa County’s ability to lawfully certify election results –
the Unit requests a response to the aforementioned issues on or before Maricopa County submits
its official canvass to the Secretary of State, which must occur on or before November 28,
2022. [emphasis JM]

In another unexpected exposure of apparent fraud, a Mohave county Arizona Supervisor Board Member was recorded saying that he was forced to vote for certification of the county's votes under duress and had been threatened with a felony arrest and loss of his job if did not vote to certify the election. You can hear his statement below.

I contacted Sheriff Schuster of Mohave county and ask him whether his office was investigating the blatant claim of fraud and intimidation expressed by Board member Ronald Gould.  I was told that Mr. Gould had made a mistake and there was no duress. The Sheriff then told me that he could not launch an investigation if Gould were going to retract his statement.

Sheriff Schuster should immediately begin an investigation just like he would if someone called 911 saying he was being held, hostage. Still, later when the Sheriff arrives, he cracks open the door and says he is not being held hostage and that no further investigation is required.

Without honest elections, those who do not support the Bolshevik-type destruction of our rights and liberties will have no way of controlling the political process ever again – no matter how many people this disenfranchises.

Our options now are narrowing because those controlling the power in the US and worldwide are seeking some excuse to remove our current Constitutional paradigm and install a communist control system similar to communist China with the total domination of the Bolsheviks.

These controllers are pushing Americans toward civil war to bring in their latest and perhaps last lockdown and the end to Constitutional government.

We must now consider moving to states still supporting the Constitutional and standing as a group against this New World Order. We are few in number, and we can only survive in like-minded groups.

We must soon figure out where like-minded people are gathering and, like it or not, get ready to move.